What is a ladyboy? Definition and more

Basically, we can conclude that “ladyboys” are simply Asian transgender women. There are actually slight differences between ladyboys and transgender women as a whole. Loved by some, hated by others, the word “ladyboy” and the ladyboys themselves carry a history that makes an interesting read.

Ladyboy is the (not so literal) English translation for Kathoey. It is a Thai term that is very close to being the equivalent of a transgender woman. It can also encapsulate effeminate gay men.

It is unclear what is the exact origin of the word. Kathoeys have been around forever in Thailand. The phenomenon is nothing new. The most plausible origin dates from when Thailand became a huge tourist spot.

During the Vietnam War, the US military, used to spend their free time on the beaches of Thailand. They were looking for alcohol and women. And the “kathoeys” couldn’t be left unnoticed. The need for an English term arose, simple because it is more convenient. 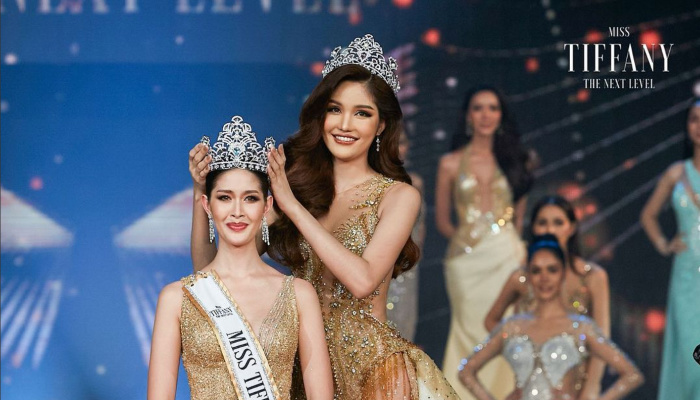 The term “ladyboy” is nothing official. It is actually politically incorrect. Are ladyboys more “lady” or more “boy”? Transgender women is the accepted, official and politically correct term.

But “ladyboy” is commonly used in Asia as an everyday word. After all, the term originated in Thailand to facilitate communication with westerners. So Asians are fine with it.

Thailand is known as the Land of Smiles, but it’s also known as the Land of the Ladyboys! Compared to other countries, like the Philippines or Malaysia, Thailand has a far larger population of ladyboys in the world. As a matter of fact, the word “ladyboy” is the English translation for the word “Kathoey”, a Thai term for transgender women and effeminate gay men. 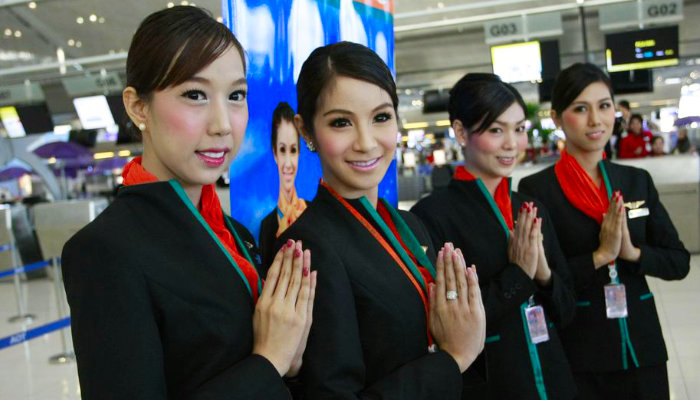 There are many reasons that explain why there are so many ladyboys in Thailand.

First, the people and society are extremely open and tolerant towards ladyboys. Thai people are mainly Buddhist, which as a religion is extremely tolerant and accepting of people with differences.

Second, Thai ladyboys have features that are naturally feminine. Just like other Asians, they have petite bodies, thin facial features and smooth skin. This helps Thai ladyboys to go through their transition and be “passable” for the society.

Ladyboys are widely accepted in Thai society. Unlike other countries, it is not shameful to have a ladyboy in the family. Even though discrimination still exists, ladyboys in Thailand have access to most professional domains.

Ladyboy in the Philippines

Right after Thailand comes the Philippines. A country that’s traditionally Roman Catholic, but where the society is also very tolerant towards all LGBTs. It ncludes, of course, transgender people and ladyboys. There are also local Filipino terms that could be equivalent to the Thai Kathoey, such as “bakla” or “bayot” which define effeminate gays or transgender women.

Like Thailand, ladyboys in the Philippines are present in every layer of society. They are very present in the media and the public scene. Some families happen to have several transgender children. They are well accepted by their parents. 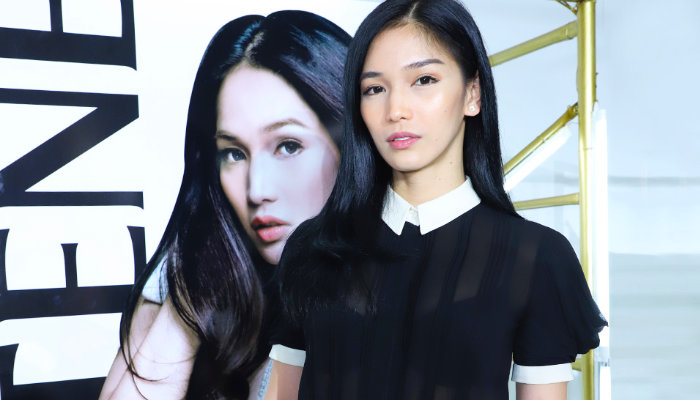 You will notice that online dating sites for transgender women are very often crowded with Filipino ladyboys. That’s because they usually speak very good English. They also have wide access to laptops and smartphones.

The rest of Asia also has a traditional history of local ladyboys. There are:

The diversity of terms denotes the difference with the western conception of transgenderism. They are closely related but not exactly equivalent.

The English term “ladyboy” has become popular in all Southeast Asia. It is used along with the local terms, or as a replacement when Asians are talking with foreigners. 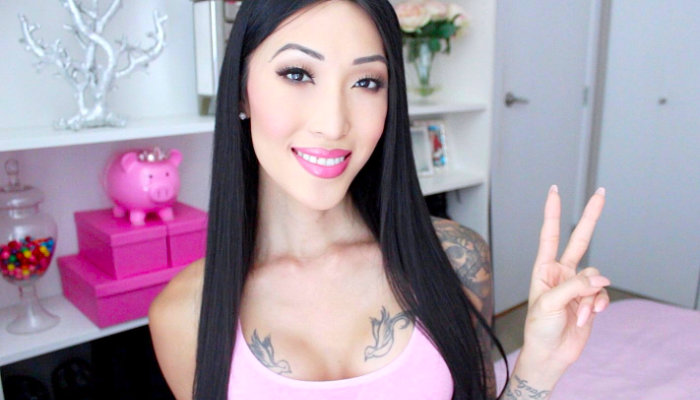 Ladyboy in the world

Outside of Asia, the term “ladyboy” is perceived negatively. This is because it’s closely related to internet pornography or ladyboy prostitutes in Asia, made popular on TV and documentaries. Ladyboy can often be an insult, equivalent to calling a woman a “prostitute”. It is also used to imply that a transgender woman is not passable enough.

Lady boys in the media

In recent years, lady boys became positively more visible and represented in movies and on TV.

Some examples of representation of Thai ladyboys in cinema which won multiple awards are:

In the Philippines, Super Sireyna is a popular TV show / beauty pageant for trans women. It was launched as early as 1995 on a major national channel.

But this new visibility also extends beyond Asia. In 2012, the British channel BSkyB aired a TV series called “Ladyboys” which dived into the lives of Thai trans women, their struggles and their joys, and featured beauty pageants and love relationships between British men and Thai ladyboys.

Meeting ladyboys often means traveling to Asia. Because that’s where they are! Notable hotspots where they can be found are:

There are also a number of Asian ladyboys living in the west, notably:

All have a substantial number of Asian immigrants, including “ladyboys”. While in Asia, it’s almost “easy” to meet ladyboys, as easy as meeting someone randomly in the street. The only problem is: will you be able to spot them? Asian ladyboys pass remarkably in the crowd. It’s sometimes extremely difficult to spot the difference between an Asian ladyboy and an Asian biological woman. 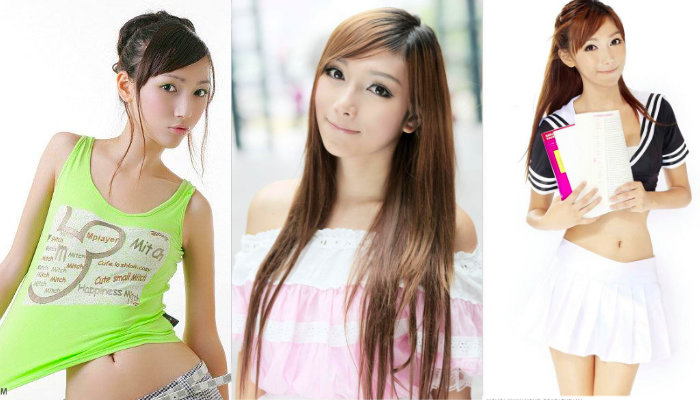 Another issue when traveling through Asia and meeting ladyboys “on the street”, is the risk of falling for ill-intentioned ladyboys. When you are a foreigner, not all the people you meet are random. You can be a target for opportunists, organized crime or sex workers. The stereotype is that all ladyboys are sex workers, but this is not the case.

There are many ladyboys who have a normal job. They do not have much time to hang out at bars or clubs to meet men. Of course they like to go out and have fun, but there are plenty of ladyboys that hang out in bars on a daily basis because they work in the sex industry.

Dating ladyboys on My Ladyboy Date

We made My Ladyboy Date to address these issues. We wanted to be the first decent dating site for ladyboys and transsexual women. We wanted to help the ladyboys of everyday life find men who truly want to date them and form a love relationship that they deserve.

Even if you are not in Asia, you can now meet ladyboys online using our dating site. In My Ladyboy Date you will meet the ladyboys of everyday life instead of escorts or those in the sex industry. You will meet real ladyboys who aspire to have a real relationship with a real man.

We have thousands of members, all looking for a date. Sign up now and check it out!

What is a ladyboy?

A ladyboy (colloquial) is a transgender woman from Asia. A big part of this page goes into details about who ladyboys are.

Why are there so many ladyboys in Thailand?

Thai culture makes people more open and tolerant. This makes Thai ladyboys more open about their gender identity. Being able to live openly as they wish helps a lot in their decision to start transitioning.

What are some synonyms for “ladyboy”?

Depending on where in the world or the intention, some terms will be more common or appropriate than others. Some are colloquial or even derogatory, others are perfectly accepted for everyday life. Below is a list of some of the common synonyms for ladyboy:

How to find a ladyboy ?

Here is a list of hotspots where ladyboys can be found:

How to spot a ladyboy ?

To spot a ladyboy, common clues are: