Some might find this trivial and even comical but this really happens. With the vast features that technology offers today, there are many ways to enhance your photos and videos to always achieve an airbrushed look.

However, some apps don’t only filter the skin to make it look flawless. They have the power to shapeshift someone’s facial features such as:

Albeit the intention when it comes to filtering one’s looks is not bad, it can snowball into something worse. This is especially true in the world of online dating.

Today, we’ve come up with tips on how to deal when it comes to the point where the person you’ve just met looks nothing like the one you’ve been chatting with. What should you do when the filter doesn’t work in real life?

This can be someone who’s using a photo of another person or has distorted their photos to the point that they don’t look who they’re saying they are anymore. In this case, watch their behavior. If they don’t sense any type of remorse, you have to know that they’re comfortable with lying and they might have been rejected numerous times before.

Be careful because they may not only have confidence issues, but they may also be con artists! You don’t want to end up as one of the commentators in a future Inventing Anna or Tinder Swindler type of documentary about them.

This is more forgivable because at the very least, they’re using their own photos. However, this shouldn’t let them off the hook just yet because you have to consider if amidst the heavy usage of the blur and liquify tools, you’re still attracted.

Obviously, they already know what they did but don’t expect them to talk about how heavy-handed they were with the editing tools because you might strike some serious mental issues.

If you’re not attracted to them, politely reject them but don’t emphasize that it’s because they don’t look like the person in the photo. It’s like rubbing salt on the wound. Just tell them that you don’t feel there’s a connection and call it a night.

3. Was there a connection?

Speaking of connection, was there? If so, you might let this little blip pass because no amount of media catalyst can outweigh a personal conversation. Added to that, they may also not be necessarily attracted to you but because the connection feels so right, they’re enduring the lack of physical attraction.

The biggest mistake you can make is to cross out everyone who doesn’t fit the mold you’ve created. You’ll never find a partner if you do it this way.

Apart from the sparks, do you genuinely match when it comes to your ideals and beliefs? If so, you must know that this kind of compatibility is rare and you shouldn’t pass on this opportunity. But of course, your feelings should always come first so not because this is rare means that you should push it even if you don’t like them.

To elaborate more, this means compatibility when it comes to the type of setup of the relationship you want to have. Religious and political beliefs are also good barometers. Wanting or not wanting to have children also makes it at the top of the list.

5. How long did the night last?

Not to be too privy but you have to answer this. If you’ve been together for more than 6 hours, you obviously like each other. What’s probably stopping you from admitting that you like them and what’s pushing you to read this guide is because of your ego.

How long it lasted is a perfect barometer of whether or not you’re compatible. When you don’t like a person, you wouldn’t even be able to stand spending a minute in the same room as them.

Again, don’t fight the feeling and just go with the flow. If this date was amazing, the next ones will probably be the same as well.

Well well, now that you’ve slept together, you can’t deny your attraction anymore. No, you can’t blame it on the alcohol because if you didn’t like the other person, you’d wouldn’t drink with them right off the bat.

If something happened and you truly enjoyed it, stop fighting it! Enjoy the moment and do it again because it might be your next best love story! This is very rare, not even the best-looking person in the world can give you the best romance!

Now, if you didn’t enjoy it and it was just something you did to be adventurous, assess your emotions. If you’re not seeking any of the sensations you felt that night, you don’t have to force it. Just call it a bad date and move on with your life.

Maybe it’s the haircut or the extra weight. It must be the fashion sense or their speech. Just know that nobody’s perfect and everyone can change. Not to say that they’re not their best version just because you don’t find them as attractive as you’d like but you do know that people can change.

There are many things that you want to change about yourself physically if given the chance. Don’t write them off just yet. Maybe you’ve met them in their ugly duckling stage and you’ll highly regret it when they transform into their swan moment.

Obviously, their looks are the only thing that’s stopping you. You wouldn’t be reading this guide if you don’t have an issue with them not looking like their photo.

Unless you take your photos zoomed-in using the back camera, no editing and using fluorescent lighting, you can’t talk about the disappointment of not exactly looking like the picture.

8. How their looks negatively impact your feelings

Now, if there’s really no getting over their looks and you think that it’ll haunt you for the rest of your life, don’t force it. We all have the right to go with our preferences. You shouldn’t antagonize yourself just because you don’t feel physically attracted to the other person.

Yes, they may be a Nobel Peace Prize winner. Perhaps, they’re volunteers feeding the starving children in Africa. Or maybe they give out 10% of their monthly income to the homeless community. None of these matters if you’re not attracted.

No amount of puritanism attitude or goodwill must sway your heart’s desires because you’ll only be filled with regrets in the future. Stop thinking that you’re the bad guy just because you’re clear with your choices.

Did you enjoy reading this guide? If so, please share it on your timeline. If you have any questions, don’t hesitate to join the conversation by writing your comments below. 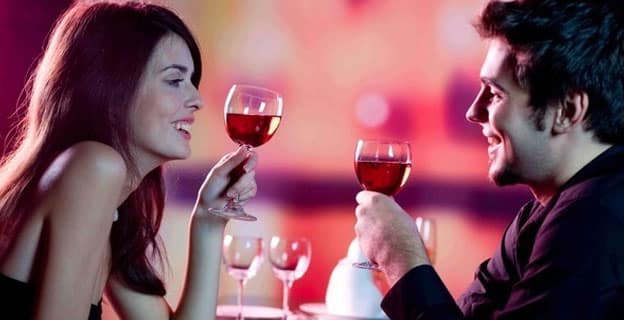