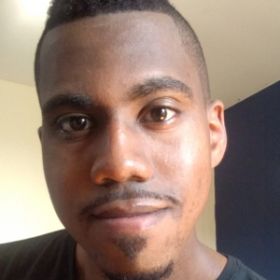 I am looking for Fun / dating and Relationship

I guess its time for some introspection. My name is Dominic, I currently reside in the Bronx but, I'll be moving to Brooklyn in a few months.

I like playing video games, a lot(Dark Souls,The Witcher, Baldurs Gate, Mass Effect, Monster Hunter, things like that). I work as a 3D Artist currently, I've worked as a Graphic Designer, Concept Artist and Illustrator in the past so, I love to talk about art. Specifically technical illustration and postmodern art movements. I like to read up on existentialist philosophy as well. I do a lot of writing too, mostly stuff for comics. I read a lot of comics as well, mostly European comics though, I'm not really into Marvel and DC stuff anymore.

If you read the paragraph above I'm guessing you've either already left my profile page or you're thinking "This guy sounds like a boring introverted nerd". You aren't wrong. I am all those things but, I'm an okay looking human being I guess. I mean that counts for something right? I'm new to this online dating scene but I've heard that counts for something.